A SPACE WEATHER RESEARCH PAYLOAD
ON THE CASSIOPE SATELLITE

The Enhanced Polar Outflow Probe (e‑POP) is a research payload on the CASSIOPE spacecraft that is collecting new data on space storms and associated plasma outflows from the Earth’s ionosphere.

CASSIOPE is comprised of three working elements that use the first made-in-Canada multi-purpose small satellite platform in the Canadian Small Satellite Bus Program, an element vital to the future of the Canadian space program.

The CASSIOPE/e-POP mission is a collaborative effort by researchers from several Canadian and foreign universities and research institutes, as well as Canadian industry. Funding for the current mission operation is provided by the European Space Agency.

The Enhanced Polar Outflow Probe (e-POP) is a research payload on the CASSIOPE spacecraft that is collecting new data on space storms and associated plasma outflows from the Earth's ionosphere.

Launched on September 29, 2013 by a SpaceX Falcon 9 rocket, e-POP is enabling scientists to study space weather and its potentially devastating impacts on radio communications, GPS navigation, and other space-based technologies.

The University of Calgary is leading the operation of e-POP, which is the first made-in-Canada multi-purpose small satellite mission from the Canadian Space Agency. Cassiope is now funded by the European Space Agency as part of the Swarm constellation of satellites. 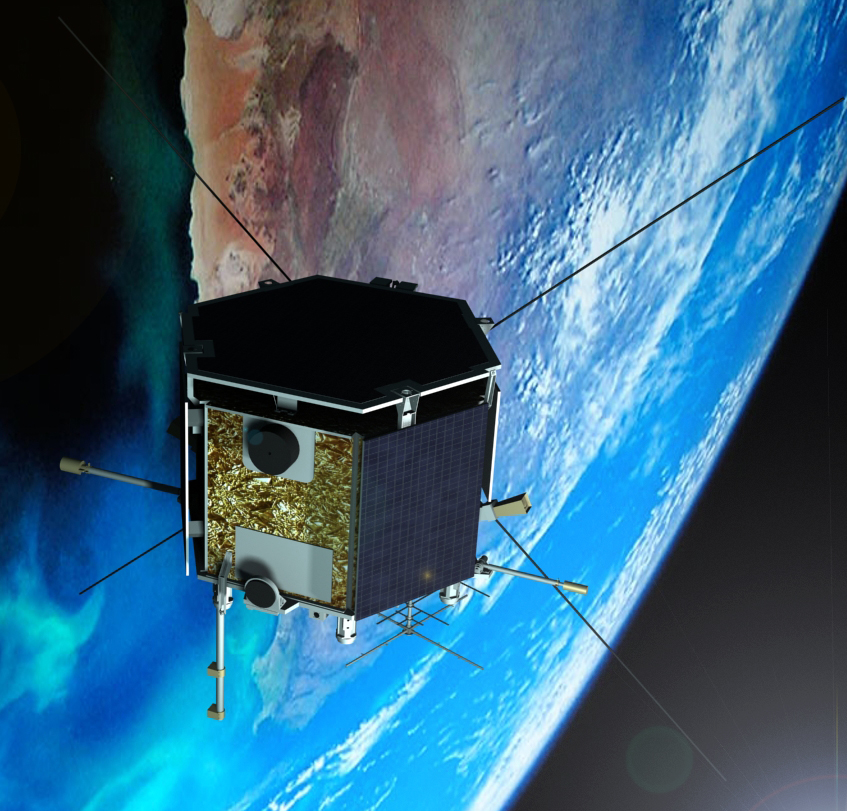 On December 17, 2021, CASSIOPE experienced a reaction wheel failure, forcing the spacecraft into its safe-hold, sun-pointing attitude mode. Used to adjust and control the spacecraft pointing, reaction wheels are a vital part of a spacecraft bus. Now that CASSIOPE has lost three of its four wheels, this latest failure signals the end of CASSIOPE’s Read more about Routine CASSIOPE (Swarm-Echo) Science Operations Come to an End[…]

The e-POP Processed Data Handbook is now available at epop.phys.ucalgary.ca/data-handbook. The Handbook is the definitive guide to e-POP processed data files and formats, plots, coordinate systems, attitude and orbit data, and more. For any data-related inquires, please contact esoc@phys.calgary.ca. 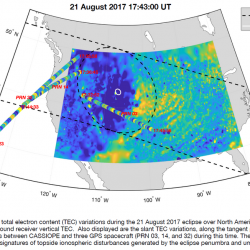 The Great American Solar Eclipse of August, 2017 was observed by millions. Carving out a path of total eclipse across the continental United States from Oregon to South Carolina, the event provided a fantastic opportunity to observe a full solar eclipse, both from the ground and from space. CASSIOPE/e-POP, with its suite of GPS receivers, Read more about CASSIOPE/e-POP Data Confirms that Solar Eclipses Induce Traveling Ionospheric Disturbances[…]

We are pleased to announce that CASSIOPE/e-POP has become part of the European Space Agency’s (ESA) Swarm mission, via the Third Party Mission programme at ESA. This new four-year partnership will allow e-POP to collect valuable space weather data at a rate 3-4 times greater than has been done previously. CASSIOPE/e-POP will join the Swarm Read more about e-POP Becomes Fourth Member of Swarm Constellation[…] 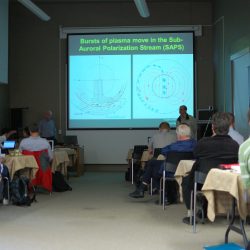 The 18th e-POP Science Team Meeting will take place on February 21-23, 2018 at the University of Saskatchewan, Institute of Space and Atmospheric Science (ISAS) in Saskatoon. The meeting will feature program updates, scientific workshops, and special presentations to recognize our retiring and emeritus team members for their contributions to the e-POP mission. For the Read more about Science Team Meeting #18 Announcement[…] 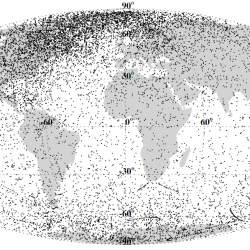 A new publication in Geophysical Research Letters, lead by Dr. David Miles of the University of Iowa, makes use of e-POP and Swarm in-situ satellite data over Northern Canada to address the question of the energy source for dynamic aurora: static electric fields or magnetic waves? It is shown that magnetic Alfvén waves can be Read more about New e-POP – Swarm publication on auroral dynamics[…] 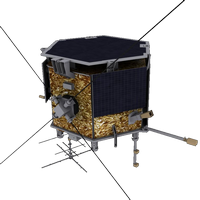 The American Radio Relay League (ARRL) Field Day is an event where more than 40,000 ham radio operators throughout North America set up temporary transmitting stations in public places. During the 2015 event, e-POP listened in for just a couple of minutes to see what it could hear. Unsurprisingly, it recorded some very interesting data Read more about e-POP to Participate in 2017 ARRL Field Day[…]

We have a new-look website! Let us know of any ways we can improve your experience in the comments. We hope you enjoy the new look and functionality. The CASSIOPE/e-POP Team. 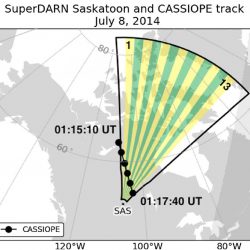 New research on high frequency radio wave propagation through the ionosphere has been published in the journal Radio Science, using data from the e-POP RRI instrument and SuperDARN. Have a look! First results of HF radio science with e-POP RRI and SuperDARN