The Great American Solar Eclipse of August, 2017 was observed by millions. Carving out a path of total eclipse across the continental United States from Oregon to South Carolina, the event provided a fantastic opportunity to observe a full solar eclipse, both from the ground and from space. CASSIOPE/e-POP, with its suite of GPS receivers, flew over the United States only 10 minutes after the total eclipse had passed by, allowing for one-of-a-kind measurements of the ionosphere in-situ (i.e. from inside the ionosphere) while it was perturbed by the eclipse. The e-POP GPS receivers can detect changes in the electron content of the ionosphere, giving us information on any disturbances that may be present. A new study, published in the journal Geophysical Research Letters, uses the e-POP GPS data, coupled with a large array of ground GPS receiver data, to show that the Great American Solar Eclipse did indeed directly induce ionospheric disturbances. Read more about the findings and how they were arrived at in the full article. 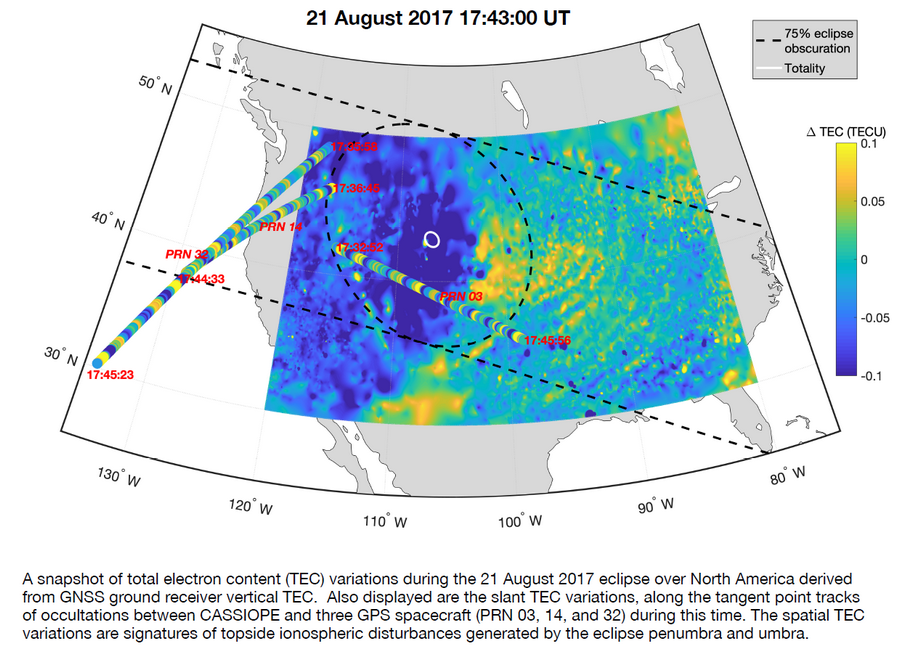